Do new tax tables mean more money in my paycheck? 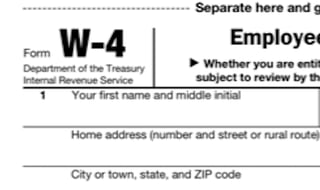 Employees will be able to see the effects of this bill by no later than the end of February, 2018, though employees may not feel a significant difference. After all, the taxes adjusted are only reduced by 1% to 3%, which isn’t going to cause a perceptible difference in most cases. Employers are required to implement the new tax tables for employees as soon as possible; no later than February 15, 2018. The 2017 tax tables will be used until employers make the change to the new tables. The IRS has released the updated income-tax withholding tables for 2018 in Notice 1036.

Is your business still updating your tax tables manually?
A cloud-based Human Capital Management system like
People Savvy HCM can do that automatically for you.
Let us show you how.

Employees will not be required to take any immediate action. The new tax tables are designed to work with the existing Form W-4s that employees have already filed. However, the IRS is working to revise the current form. An expected date for the new form has not yet been released. The IRS is also currently updating the withholding tax calculator on IRS.gov, and that is expected to be available by the end of February. Adjustments to the form and calculator will reflect additional changes included in the law, such as:

There will be a lot of uncertainty around taxes until people file their 2018 returns. For additional guidance, the IRS has issued a Withholding Tables Frequently Asked Questions on their website.