Don't Let This Happen to Your Servers 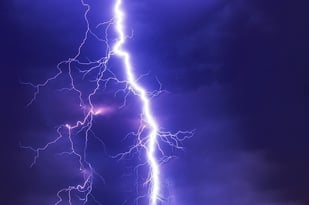 You never know when exactly you’ll find out you need to have a Disaster Recovery Plan in place. Last Friday, the Portland area experienced significant rainfall amounts, which caused widespread flooding and damage. Although rain in the Pacific Northwest is rather common, receiving it all at once is not nearly as common.

One of our client's has a server in the basement of their building, and they rely on that server to run Sage, access their files, and run their network. When the rains came, the basement flooded, and since the server was on the floor and not rack-mounted, the water rose overnight until it took out the server. Because they already had a Datto backup device in place, we were able to get them up and running on the backup device in less than 20 minutes. In the time it took them to get to the office and determine that the servers were down, we were able to redirect them to the backup device, and most users barely knew that anything had changed.

If the client had decided a couple of years ago that their antiquated backup system was sufficient for their needs, it could have taken them up to a day or more to get their data restored – in addition to the time needed to order and install a replacement server that the data would be restored to. But because they chose Datto backup and recovery, we were able to launch an instance of their server virtually and get them back up and running almost immediately. Their employees could get back to work while others organizations were just starting to deal with the flooding. It allowed them to continue operating at a fully functional level with minimal downtime.

People always ask, “What do we do if the big one hits?” However, it doesn’t take an earthquake to put your data at risk. Your company can be the victim of Ransomware, be subjected to a basement flood caused by weather or a burst pipe, experience theft, or experience plain old hardware failure. It makes good business sense to prepare for the worst now – and Bennett/Porter’s solutions can help.

The Datto solution allows for hourly backups to a hardware device located on your network, as well as a nightly offsite backup to a location geographically remote from your office. So no matter what happens, your data is in safe hands.

Let us know if we can help you with your disaster planning today.