Managing Updates for Your Computer and Phone 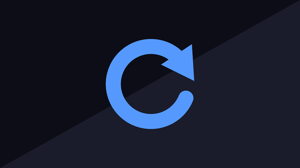 When it comes to technology, everyone seems to want the latest and greatest. This desire applies to the software we use just as much as the hardware we install that software on. However, it’s not always the best idea to update your software as soon as new versions become available. Updates are usually great, because they allow vendors like Microsoft and Apple to patch security holes, fix buggy issues, and rollout new features. Nevertheless, a few recent cases have demonstrated that taking some time to manage your computer or phone’s update schedule, rather than immediately installing every update that pops up, can save you some headaches!

Let’s start with Microsoft. If you’re a Windows’s 10 user, you may be tempted to have automatic updates turned on. While automating the process can be convenient, we recommend using caution and checking your settings first. When coordinating updates for our hosted and managed services clients, we tend to establish a schedule rather than installing all updates as they arrive. You can do this, too.

Go to PC Settings > Updates & Security > Advanced Options. Here you can choose when updates are installed. We prefer for people to be on the “Semi-Annual Channel”. Also, we suggest adjusting the feature update time delay, and quality updates can also be deferred for up to 30 days.

We like these settings because it gives Microsoft time to review and re-release any problem updates that might get prematurely sent out. Recently, Microsoft released an October Update (Version 1809) but almost immediately halted distribution after it was discovered that the update process had the potential to delete users’ data. That’s NOT a good thing. ZDNet captured Microsoft’s comment on the mistake:

We have paused the rollout of the Windows 10 October 2018 Update (version 1809) for all users as we investigate isolated reports of users missing some files after updating.

If you have manually downloaded the Windows 10 October 2018 Update installation media, please don't install it and wait until new media is available.

We will provide an update when we resume rolling out the Windows 10 October 2018 Update to customers.

Had you waited for up to 30 days for feature updates, this problem likely would not have affected you.

Also, another Windows 10 update is causing a BSOD (Blue Screen of Death, for you non-technical folks) on some HP computers. Thankfully, according to TechRadar, it’s not too widespread, but it does cause headaches for the end user as well as IT technicians trying to diagnose and fix the problem from afar. Once again, this is an issue that could be avoided with proper planning and update scheduling.

Bennett/Porter’s Managed Services team makes every attempt to ship out all computers we manage with settings that our update schedule is configured more conservatively than Microsoft’s defaults. It’s a delicate balance between protecting our clients’ systems and maintaining a high level of productivity.
After all, if a computer - or a network - is compromised, nobody can be productive.

Lastly, let’s not ignore Apple. If you have an iPhone, you may have heard about the recent issues some users have experienced when updating their devices to IOS 12. Some phones will simply stop charging, other devices will develop poor LTE connections, and so on. While the number of affected devices is relatively small, waiting two weeks or so after the original update was released would have allowed those early adopters to avoid these frustrating issues. To prevent these updates from installing themselves on an iPhone, go to Settings > General > Software Update, and toggle off “Automatic Updates” if you want to manage these changes yourself.

The simple word of advice that one of our technical support members always gives: “Just wait a little while!”